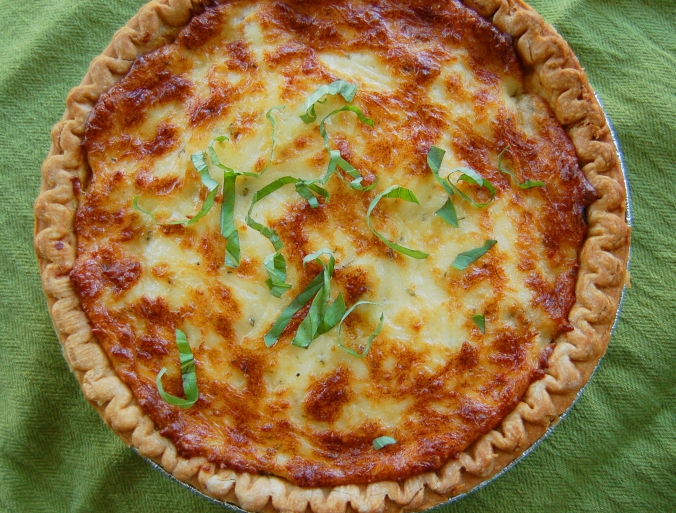 I’ve been in Nashville for more than 15 years now, and I’ve learned to embrace a lot of the Southern culture. I am enamored by the slower pace, the charming brick houses, and white church steeples that peer atop the gold and amber trees during Fall. I catch myself saying y’all… and I drawl out certain words, doubling their syllables. I’ve even listened to a country song here and there, and didn’t hate it. And I may or may not have tried on a pair of cowboy boots recently.

But Southern food? Oh dear Lord, the food. Try as I might, I have not learned to love it… or even tolerate it. I don’t like the smell of fried food. I don’t like brisket or bbq sauce. I don’t like sweet potato pie and I can’t stomach even walking into a Meat & Three (which I’d never even heard of before moving south).  I take pride in the fact that I have successfully avoided stepping foot into a Shoney’s for 15 years. That alone should earn me a West Coast badge. And don’t even get me started on the copious amounts of shortening that run through the veins of true Southern women.

But this past weekend, in an attempt to celebrate the tomato… something East Nashvillians have been doing for the past nine years at what’s now known as, “TomatoArtFest“… I decided to make a VERY Southern dish… the tomato pie.  In the south, the month of August is when tomatoes are in their prime. They are the sweetest, juiciest and most plentiful. It’s funny, because up until this year, I’ve not been a big tomato fan. But I began buying from local farmer’s, and spending a little more on quality heirloom tomatoes. Then I learned that I have been killing their taste all these years by putting them in the refrigerator!  Yes, that’s right… you’re not supposed to refrigerate tomatoes.  Who knew? According to Peggy Trowbridge Filippone, the author of Tomato Selection and Storage, “Refrigeration is the enemy of the tomato as it nullifies flavor and turns the flesh mealy. The culprit is a compound called Z-3 hexenel, which accounts for the tomato’s scent and taste.” She goes on to suggest that if you must refrigerate tomatoes, take them out about an hour before you will use them to allow the tomatoes time to return to room temperature. All that to say, I have become a tomato-convert! 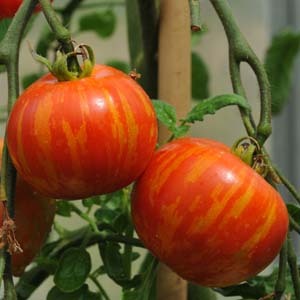 So, quick – before August is over – go visit your local farmer’s market and pick out a nice firm but tender heirloom… my favorite is called Mr. Stripey (seen to the right over there). I mean, the name alone is worth spending $1.00 on him. But to me, he (yes, I’ve given Mr. Stripey a gender) is the sweetest, least acidic of all the heirlooms.

I loved that for this pie I used tomatoes and onions from local farmers, basil from my friend Lisa’s garden, and thyme from my potted garden!

So grab several, keep them on the counter, and enjoy!

*Chiffonade basil leaves by stacking them on top of each other, roll them up like a cigar, starting at one end slice crosswise in thin slices.

Preparation
Squeeze as much moisture as you can out of the chopped tomatoes, using either paper towels or place them in colander, lightly salt and let drain. The salt will draw out the excess moisture.

In a medium bowl, mix together the grated cheese, mayonnaise, Tabasco, fresh thyme and the salt and freshly ground black pepper. The mixture should be the consistency of a gooey snow ball.

Ready to Cook?
Preheat oven to 375°F.  Place pie shell in oven and cook for 8-10 minutes or longer until lightly golden.

Place in oven and bake until browned and bubbly, anywhere from 25 to 35 minutes. Let cool for 35-45 minutes before slicing and serving. you can reheat it if you want but trust me on this, if you cut it too soon the “pie” shape will not hold. Don’t believe me? Check out my first slice below (5 minutes out of the oven). More like tomato stew than pie. 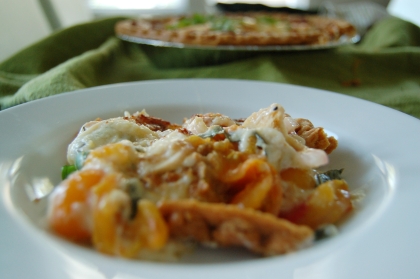 The Perfect Bite
Obviously the best bite is when it’s warm and the cheese is all melty… but please heed my warning above. Let it cool first so it will set into a “pie” shape when you slice it  — then reheat if if you must. But I did eat this cold for breakfast the next morning and it was pretty tasty!

The Perfect Pairing
One of my favorite red wines is a Washington Merlot called 14 Hands. And I just found out that they produce a chardonnay as well! 14 Hands chardonnay would be a perfect compliment to this rich southern pie. Bright apple and floral aromas are complimented by light notes of vanilla and sweet butterscotch. Juicy pear and apple flavors give way to subtle touches of toasty spice and ends with a soft finish. I love the butteryness of a chardonnay – which means it must be appealing to my inner-Southern Paula Dean.

The Perfect Health
Tomatoes are well-known for being low in fat, sodium and calories. But did you also know that tomatoes make your skin look great?  Beta-carotene, also found in carrots and sweet potatoes, helps protect skin against sun damage. Tomatoes’ lycopene also makes skin less sensitive to UV light damage, a leading cause of fine lines and wrinkles. Read more HERE. 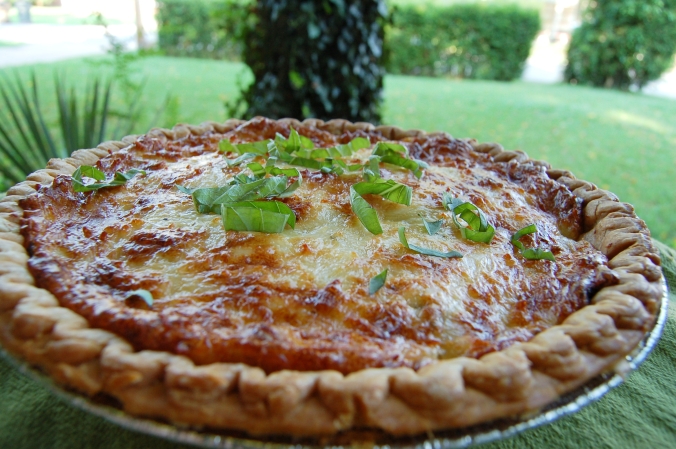